Some pictures of the Tiger Leaping Gorge in Lijiang

Presentation of the Tiger Leaping Gorge in Lijiang

Situated 100 kilometres northwest of Lijiang Old Town, Tiger Leaping Gorge, with its glorious view of the rapids, torrential current of the Jinsha River, was created through constant erosion by the waters between the Jade Dragon Mountain and Haba Snow Mountain.

About 16 kilometres long, the gorge drops is around 300 metres in a series of 18 rapids. The water surface is about 1,800 metres above sea level and the Snow Mountains on both sides soar as high as 5,600 metres.

The trail is naturally divided into three sections – the Upper Gorge, Middle Gorge and Lower Gorge. The first section, which is the narrowest and uppermost section, is the mouth of the fast flowing Yangtze River. In the midst of the river’s mouth is a large rock that is positioned at the gorge’s narrowest section – only 30 meters wide. An ancient legend says that tiger used this rock as its stepping stone so it could leap across from one side of the gorge to the other, which is how the gorge got its name.

Walking down the narrow path to the rapids, views change from time to time. Once you get close enough, the roaring and mighty rapids will leave an indelible impression in your mind. As the river enters the middle section, it drops another 100 meters and its flow rate increases to an amazing speed. Here the thunderous rushing water slams into sharp, large rocks and crash down into the river forming swirling whirlpools. Can it be more exciting?

Until now, the best way to enjoy the Gorges was to hike from the beginning of the Gorges, to the village of Qiaotou, then climb towards the Haba Mountains, and spend the night at the top of the trail (Tea Horse Guest House for example) The view of the Jade Dragon Mountain is superb, and the next day you go down to the Gorges to the village of Walnut Grove, then back to Lijiang, or continue to Shangri La.Since heavy work between Qiaotou and the 28 turns, we recommend 2 half-days trekking in the Gorges: climb in a small vehicle to Tea Horse or Halfway Guest House, lunch, then walk (flat path then downhill) in the afternoon to the village around Tina / Sean’s Guest House. The next day, ride down the Gorges and its few steep but spectacular trails, before heading to Lijiang or Shangri La in the afternoon.The entrance ticket to the Gorges site is now 45RMB per person.

Map of the Tiger Leaping Gorge 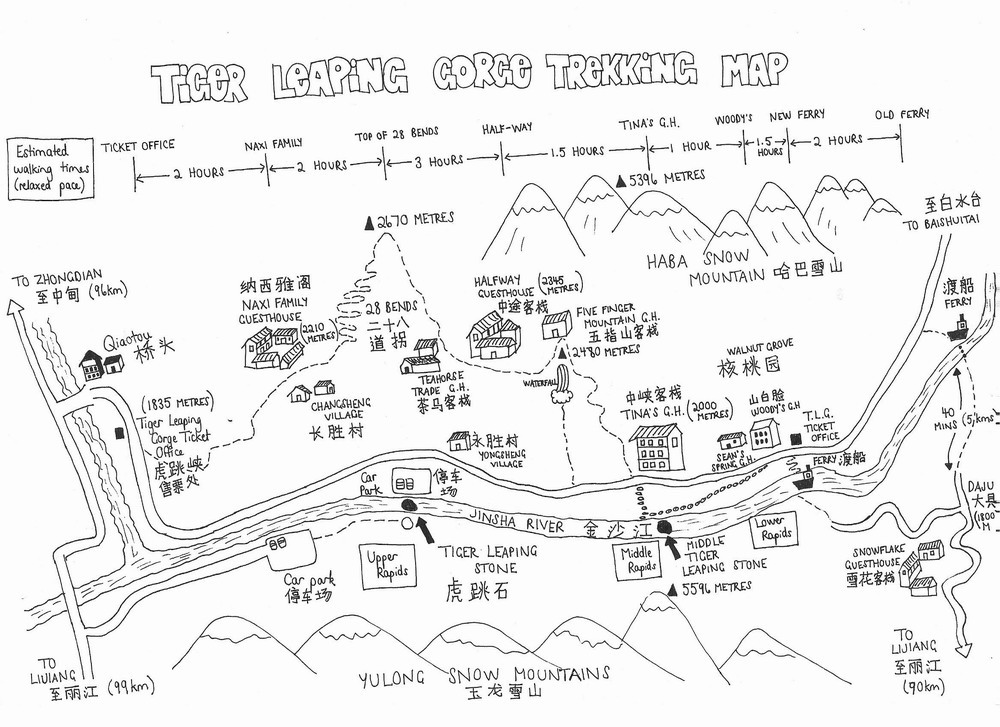 Find below the Gorges du Saut du Tigre via several pictures taken at 360 ° by our team, allowing you a virtual tour of the place as if you were there!

Click on the photo above then use the controls at the bottom of the photo to rotate the image 360 ° and to access other photos. 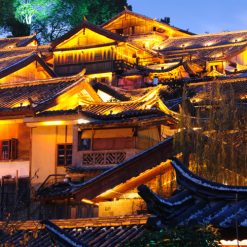 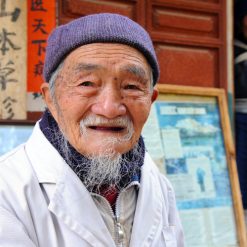 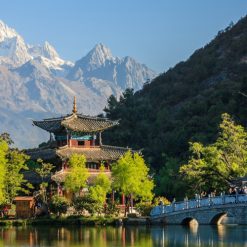 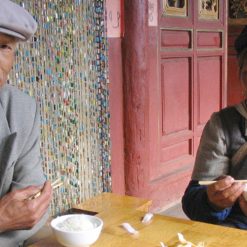 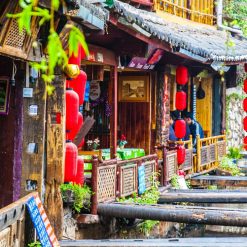 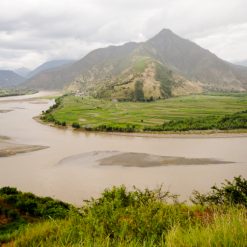 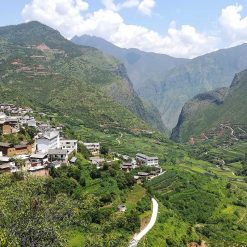 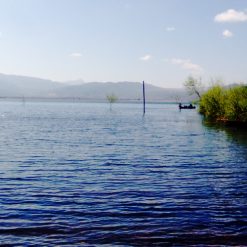 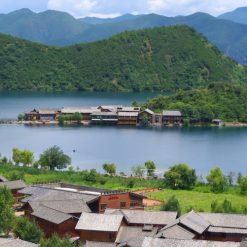 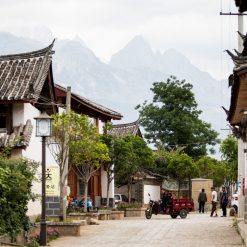 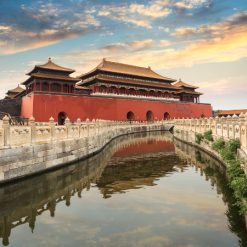 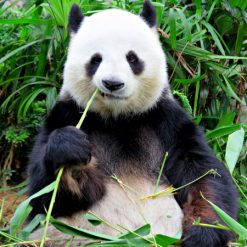 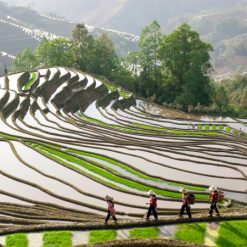 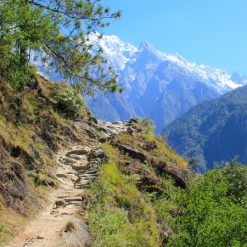 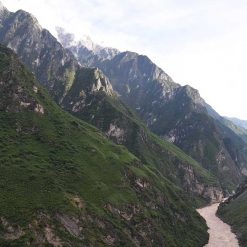