An old legend tells that during immemorial times, the king of the Dali kingdom and his brother drove out and went hunting rhinoceros. However, when they drove along the way till the Jade Table Hill (Yu`anshan), all the animals disappeared. At its place, they saw a group of monks all holding a stick of bamboo. When the king was about to ask them where the rhinoceros had passed, the monks vanished in a cloud and only their bamboo sticks left behind them. The next day, the sticks had taken root in the ground, and the place was entirely covered with a luxury bamboo forest. The king then asked to built a temple there to commemorate this fantastic meeting.

This Buddhist temple located on the Yuan hill is inhabited by a small community of bonzes. It was built at the beginning of the Yuan dynasty (1279-1368) and was rebuilt during the Qing dynasty in 1885. The temple is famous for its 500 clay statues (arhat), each representing a different character. They were modeled in 7 years from 1883 to 1890 by a master sculptor from Sichuan and its disciples. These statues represent the faithful ones coming to pray in the temple, the most extraordinary characters were used as models.

In the first courtyard of the Bamboo Temple, you can also admire two sizable trees which would be 1300 years old, planted during the Tang dynasty. In the other courtyards, you can also pay your respect to splendid statues of different Buddha and also gaze at the religious frescos.

The visit takes 2 hours by counting half an hour to reach it by taxi. The visit of the Bamboo Temple can be added with the visit of the Golden Temple, the Western Hills or the Stone Forest, a unique natural phenomenon in the world.

Entrance fee of BAMBOO TEMPLE: 6 RMB per person
Access: There is no easy access to the temple with public buses from the city, it is recommended to take a taxi which costs approximately 80 RMB from downtown of Kunming. 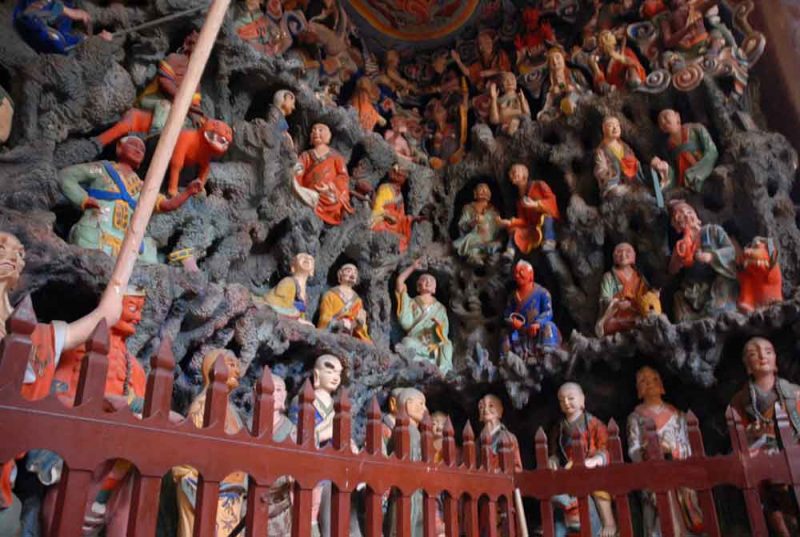 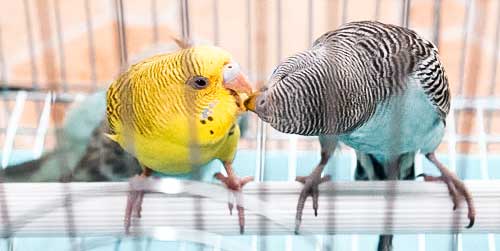 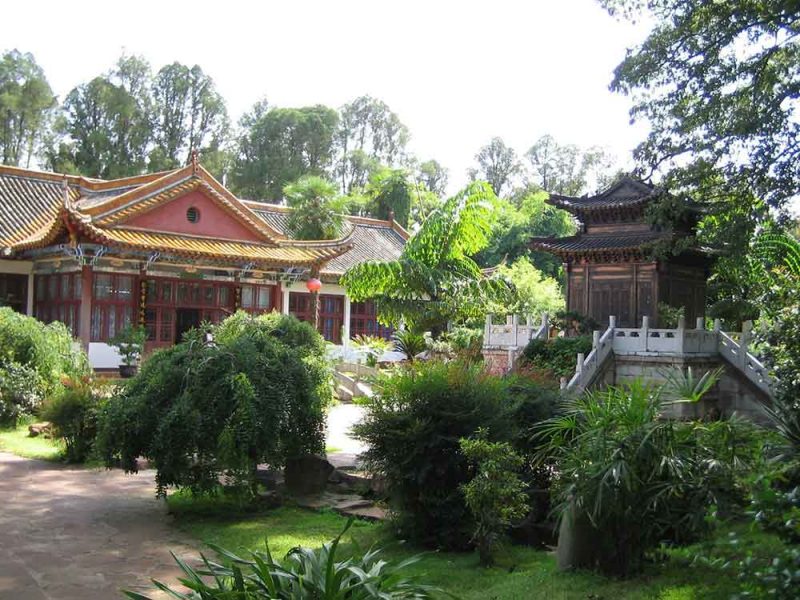 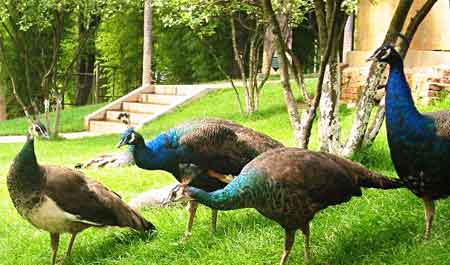 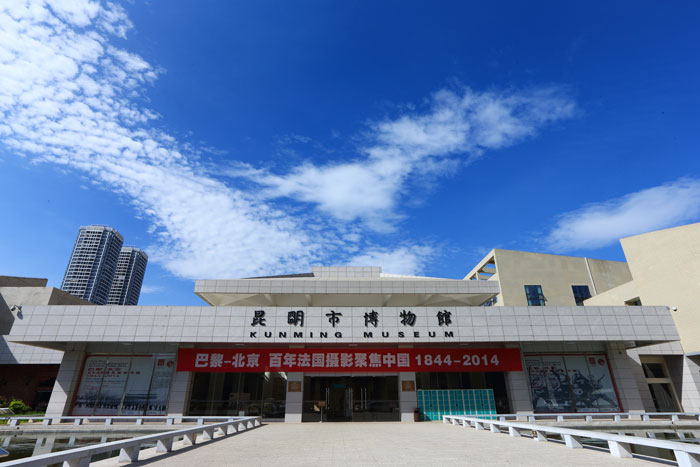 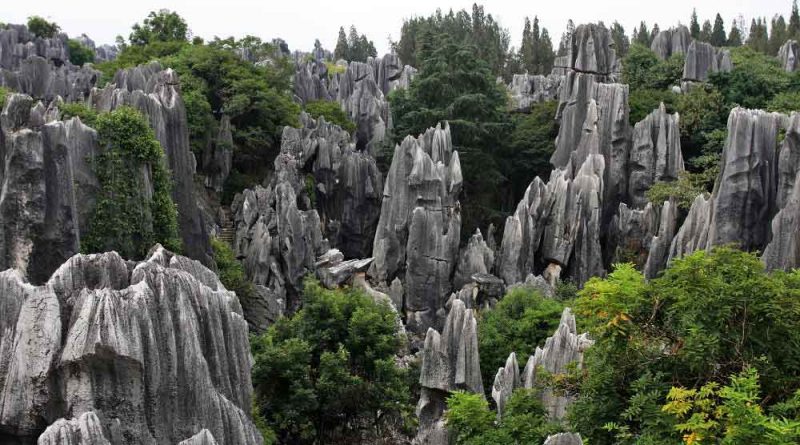 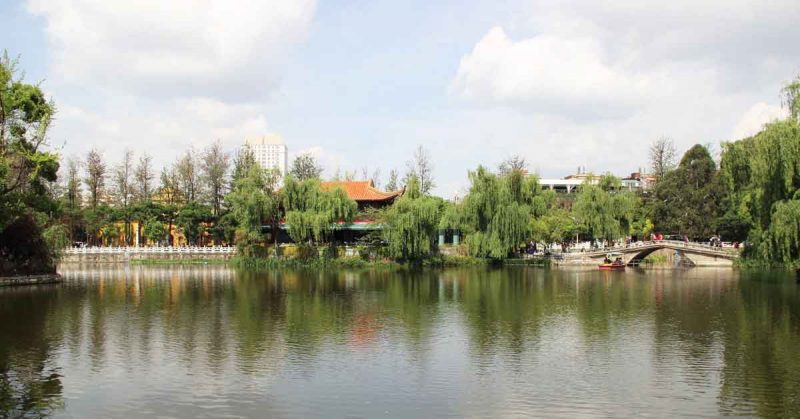 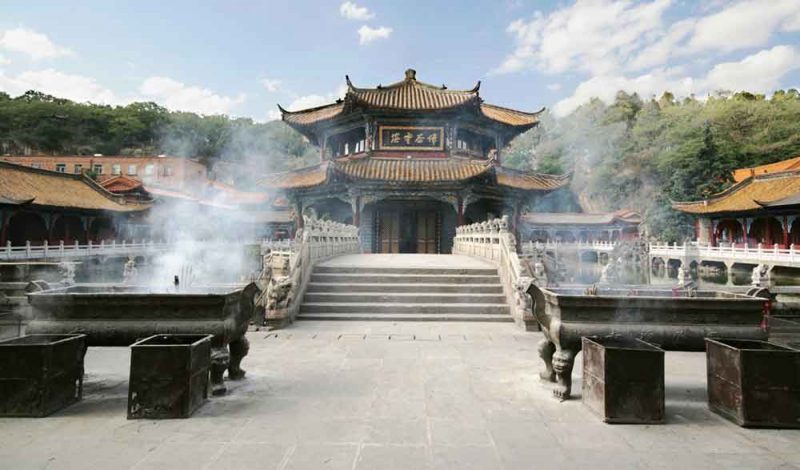 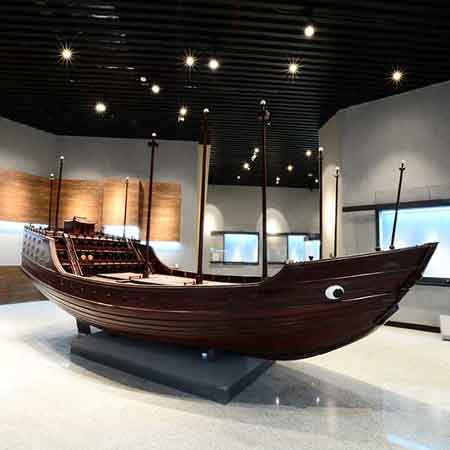 Bamboo Temple : all our tours and trips