Well-located on the altitude of 2380 metres, The Baishui Water Terraces, or literally translated from Chinese “White Water Terraces”, is the birthplace of the Dongba culture for the Naxi minority people. It situated in Sanba, 106 kilometres south of Shangri La (Zhongdian) Old Town.

The Baishui Water Terraces is one of the biggest limestone terraces among China. It is composed by the sediments of high Calcium Carbonate in the spring waters. Spring waters flows downwards from the mountain to every semicircular-shaped limestone steps. Year after year, it results the natural terraces look as the white marbles.

Behind its unique and breathtaking geological phenomena, there is a story to tell. It is said that the founder of Dongba culture settled there to spread his beliefs on his way back from Tibet. Since then, people regard the Baishui Water Terraces as a shrine. Till now, every year on 8th February (Chinese Lunar calendar), the locals gather there for the festival “er yue ba”, literally translated as “Eighth of February”, which is believed the day of the Dongba founder held his founding ceremony. At that day the local Naxi people sing, dance and slaughter chickens for offering sacrifices to the God of Mountain. Festival ends with smearing the chicken blood on the branches around Baishui Water Terraces to show their esteems. 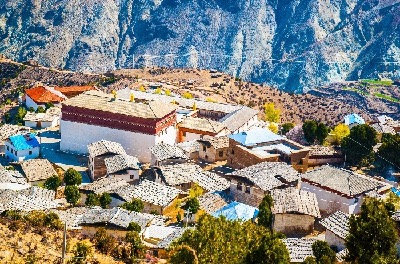 Baishuitai Water Terraces : all our tours and trips